My chosen profession is Safety Manager. I didn’t choose this profession, mind you, it chose me. At first it was an additional duty, perhaps given by my former employer as punishment, or warning to others, I’m not sure.

I pause to consider the wisdom of my profession, from time to time, when I do things that are altogether stupid, which happens at such frequency that I am often left in a dazed state.

One of those times happened last summer, when I found myself a bachelor for several weeks. My wife and youngest daughter traveled to Oklahoma to help family, leaving me unsupervised.

In the middle of the night I was awakened by a sound.

I’m a light sleeper, so the beep at 2:30 in the morning had my attention. The beep was coming from one of the dozen or so smoke alarms on the main floor of our house. The smoke alarms are wired into the electrical system, but they have 9-volt batteries as backups. Whenever the life of the batteries is spent, they beep their imminent demise. Never at 2:30 in the afternoon, only at 2:30 at night. This was one of those times.

I crawled out of bed and went in search of the dying battery.

I thought it was the smoke alarm right outside the master bedroom, which was altogether a good thing. We have vaulted ceilings in our house and the smoke alarm in the hallway was within reach. I went to the garage and grabbed my four-foot stepladder and removed the dying battery. I placed it on the kitchen counter and crawled back into bed.

I am just over six feet tall, but for reasons that escape me now, I took my four-foot stepladder, climbed up and reached for the smoke alarm. I was at least one of me short. Perhaps I thought I had hidden abilities and might suddenly become Stretch Armstrong or Inspector Gadget and my arms would span the distance. I found I possessed no such hidden abilities.

So I stood and stared at the smoke alarm and willed it to be silent.

At this point I should clarify that I wasn’t strictly alone in my house. Our two dogs were with me. They watched what I was doing and, as they often do, went to their beds and covered their eyes with their paws. One of them groaned. I wish they wouldn’t do that, because I find it distracting.

I considered just going downstairs to the guest room and ignoring the dying battery. But knowing the smoke alarm was beeping upstairs (even if I couldn’t hear it) would keep me awake.

Then I remembered. I had a spear.

I have a spear because I like to torture myself (and anyone fool enough to follow me) with the Spartan Race. The obstacle course requires the idiot participants to take part in a spear throw. If you don’t successfully complete the spear throw (or any other obstacle) you have to do burpees. Anyone who has seen me will understand that me throwing myself to the ground and jumping back up again is not a pleasant thing in the least. I bought the spear to practice in hopes of avoiding burpees.

It was in my office, waiting for me.

So I grabbed the spear and climbed up my four-foot stepladder in my boxer shorts, reaching for the smoke alarm.

(For those who have gazed upon me in all my glory, I want to pause a moment and let that mental image sink in; of me in my boxer shorts, spear in my hand, standing on a stepladder reaching for a smoke alarm. Have you got it? Has it seared itself into your mind? Good. I’ll continue.)

With the tip of the spear I was able to pry open the cover on the smoke alarm and pop the dying 9-volt battery from its place. I put it on the kitchen counter and crawled back into bed.

And I considered the fact I was a Safety Manager and had recently done what I encourage my co-workers never to do. 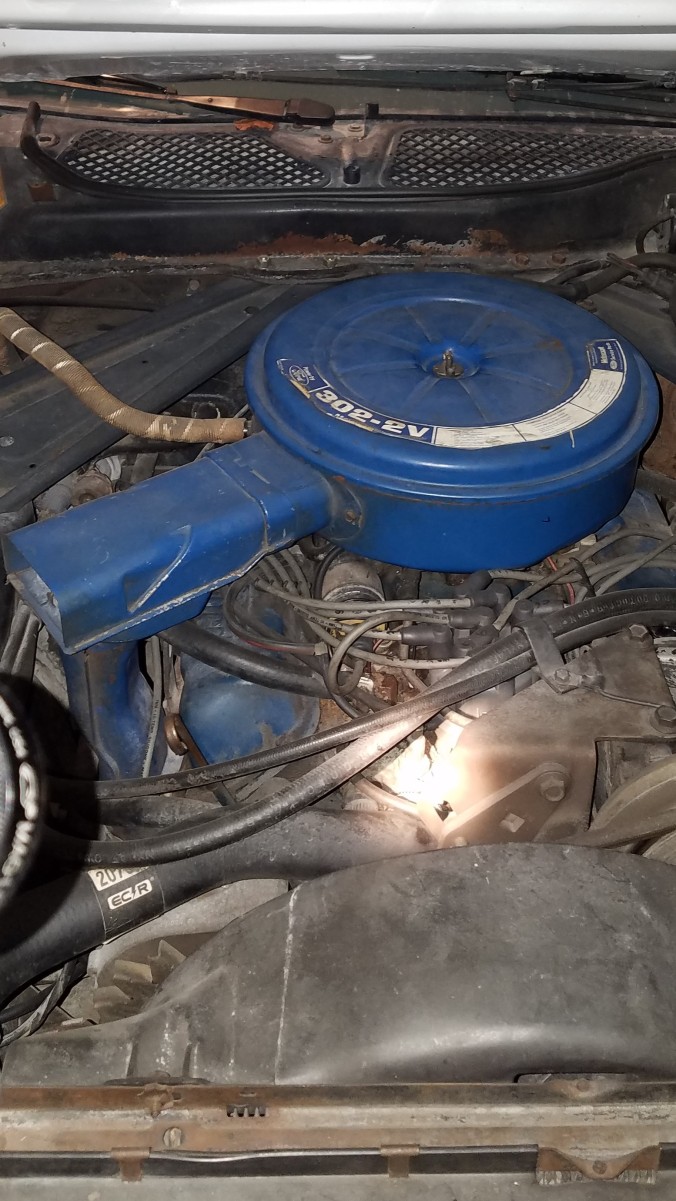 Hold the light. That’s about the only command I can remember from my Dad growing up. I idolized him, as I think most lucky kids do. So I was his shadow.

Whenever I got the chance I would go to work with him, no matter what the work might be. For a time he wore the hat as town Marshal for Huntington, Utah. What that meant, in reality, was that he was chief of the volunteer fire department, in charge of law enforcement, grave digging, and utilities for the city. He spent most of his time digging ditches, graves, and putting in water and sewer lines.

The vehicle he usually drove while at work was an old backhoe. When I got the chance to go to work with him (I was seven or so), I rode in the bucket (I know, I’m a Safety Guy now, go figure).

When he didn’t work for the city, he worked on the farm. He cut off the handle of a shovel and I would shadow him (my cut-off shovel in my hands, his big one in his) as he checked the fields and irrigated. It was and is the greatest memory of my childhood. There wasn’t anything my Dad couldn’t do.

Whenever one of our cars or trucks would break down, he would go about fixing it with whatever he had on hand, and I would hold the light. I’d climb up on the bumper and hold the light while he changed an alternator, adjusted a carburetor, or switched out a radiator hose. He would tell me “hold the light” and I would do my best, but I have to admit, I let it drift more than I should have.

But he never told me what he was doing. It was always just “hold the light.” So I held it.

I never really learned what he was doing or why he was doing it, and his lips would quiver while he worked, which wasn’t a good sign, so I didn’t ask as many questions as I should have.

As a child, the one time I can remember him giving me clear directions was when I dug out the basement of our house in Murray. I was 13 or so. We lived in a rambler and Dad worked for a construction company. The president of the company would let him borrow equipment from time to time on the weekends and one weekend he came home with a backhoe and the memories of riding in the bucket made me smile.

He dug a trench in the front yard, below the foundation and we stared down at the dirt beneath the house. He handed me a shovel and a pick and said, “Start digging.” But before I did, we got on hands and knees and went into the crawl space. He pointed out each support under the house and told me, “Don’t dig here.”

I spent that summer digging under our house. When the digging got too far to throw it into the trench, he lowered down a wheelbarrow. I would fill up the trench and he would borrow the backhoe to remove what I had dug out.

In the fall the digging was done and he poured concrete and put up cinderblock walls along the foundation. What help I could provide was pretty much “hold the light.” I wasn’t strong enough to haul the concrete in a wheelbarrow. But he was.

When the work was done and it was time to build the interior walls, he took me into the basement and told me “tell me where you want your room.” I drew out a pretty big one, I have to admit. It was much larger than the room he shared with my Mom. And he put up the walls. I stayed there until the day I went out on my own.

As an adult, the only time I can recall him giving me instruction was after I was a father myself.  I was in the Air Force and found myself a single parent without transportation. My car was a 1976 Cutlass Supreme and the water pump had gone out. I had no idea how to fix it and as an Airman First Class, I certainly couldn’t pay anyone to fix it for me.

So I called Dad collect (for you millennials, collect calls were a thing, look it up) and he walked me through how to replace a water pump and I was able to stop carrying my son on my shoulders to daycare while I went to work.

Decades later, the only thing I regret about my upbringing is that my Dad told me to “hold the light” and never explained to me why. What was he doing? Why was he doing it? How did it work?

I resent my Dad for nothing. He was my hero then, and he still is. But I regret the things he didn’t teach me, because I am still in need of the learning.

With most of my children now raised, I look back and think that I wasn’t very good at teaching them what I had learned, either. I didn’t say “hold the light” because I was making it up as I went along (anyone that has seen my work can plainly see this).

So, if you know how to do something well, pass it along to those interested.

I still remember how to run a shovel and a pick, ride in a backhoe bucket . . . and hold the light.